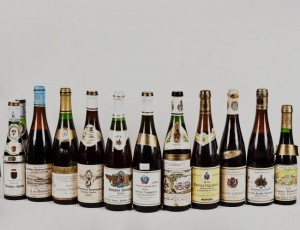 German wine is primarily produced in the west of Germany, along the river Rhine and its tributaries, with the oldest plantations going back to the Roman era. Approximately 60 percent of the German wine production is situated in the federal state of Rhineland-Palatinate, where 6 of the 13 regions (Anbaugebiete) for quality wine are situated.
…. 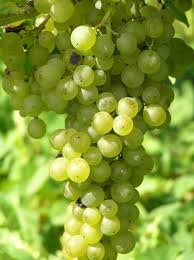 Mosel is one of 13 German wine regions (Weinbaugebiete) for quality wines (QbA and Prädikatswein).  Before 1 August 2007 the region was called Mosel-Saar-Ruwer, but changed to a name that was considered more consumer-friendly.  The wine region is Germany’s third largest in terms of production but is the leading region in terms of international prestige.  The region covers the valleys of the rivers Moselle, Saar, and Ruwer near Koblenz and Trier in the federal state of Rhineland-Palatinate.  The area is known for the steep slopes of the region’s vineyards overlooking the river.  At 65° degrees incline, the steepest recorded vineyard in the world is the Calmont vineyard located on the Mosel and belonging to the village of Bremm, and therefore referred to as Bremmer Calmont.  The Mosel is mainly famous for its wines made from the Riesling grape, but Elbling and Müller-Thurgau also contributes to the production.  Because of the northerly location of Mosel, the Riesling wines are often light, low in alcohol, crisp and high in acidity, and often exhibit “flowery” rather than “fruity” aromas.
…. 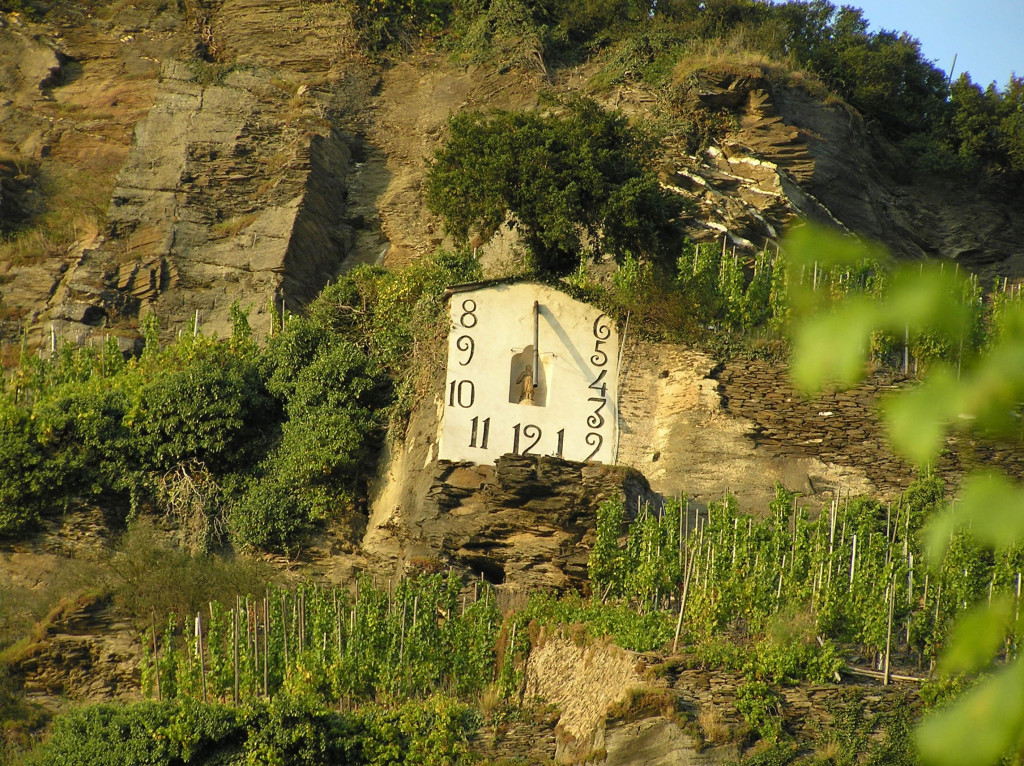 A sundial is a device that tells the time of day by the position of the Sun. In common designs such as the horizontal sundial, the sun casts a shadow from its style onto a surface marked with lines indicating the hours of the day.  The style is the time-telling edge of the gnomon, often a thin rod or a sharp, straight edge.  As the sun moves across the sky, the shadow-edge aligns with different hour-lines.  All sundials must be aligned with their styles parallel to the axis of the Earth’s rotation to tell the correct time throughout the year.  The style’s angle from the horizontal will thus equal the sundial’s geographical latitude.
….